This driver/converter is for our 1w LED's only and will take up to 6 of them wired in series.

2: DO NOT POWER UP THE DRIVER WITHOUT LED'S CONNECTED. If the power supply is connected to the mains before the LED connections have been made, turn off the mains supply and short circuit the output terminals (put a wire between + and -).
This is because of a large stored voltage ramp that exists in an open circuit situation that would burn out the LED's as soon as they are connected.

3: All switching on LED circuits must take place on the mains side of the driver and not the output side for the reasons stated above. 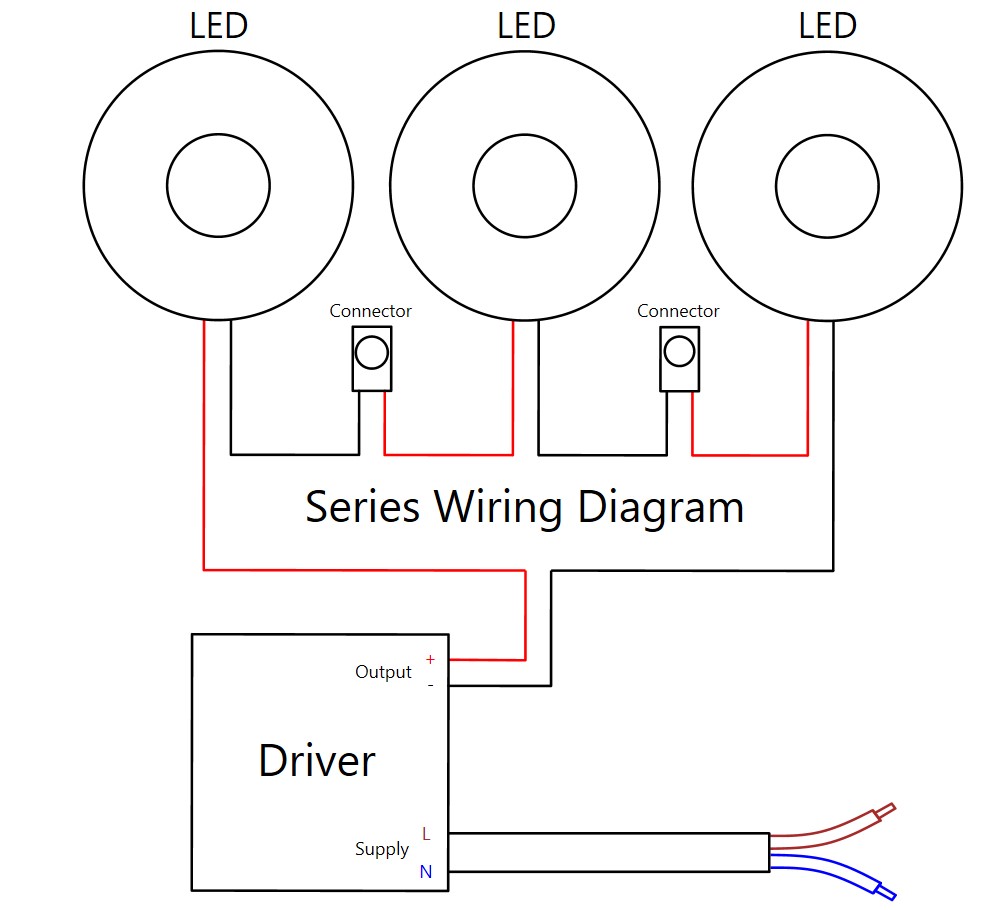